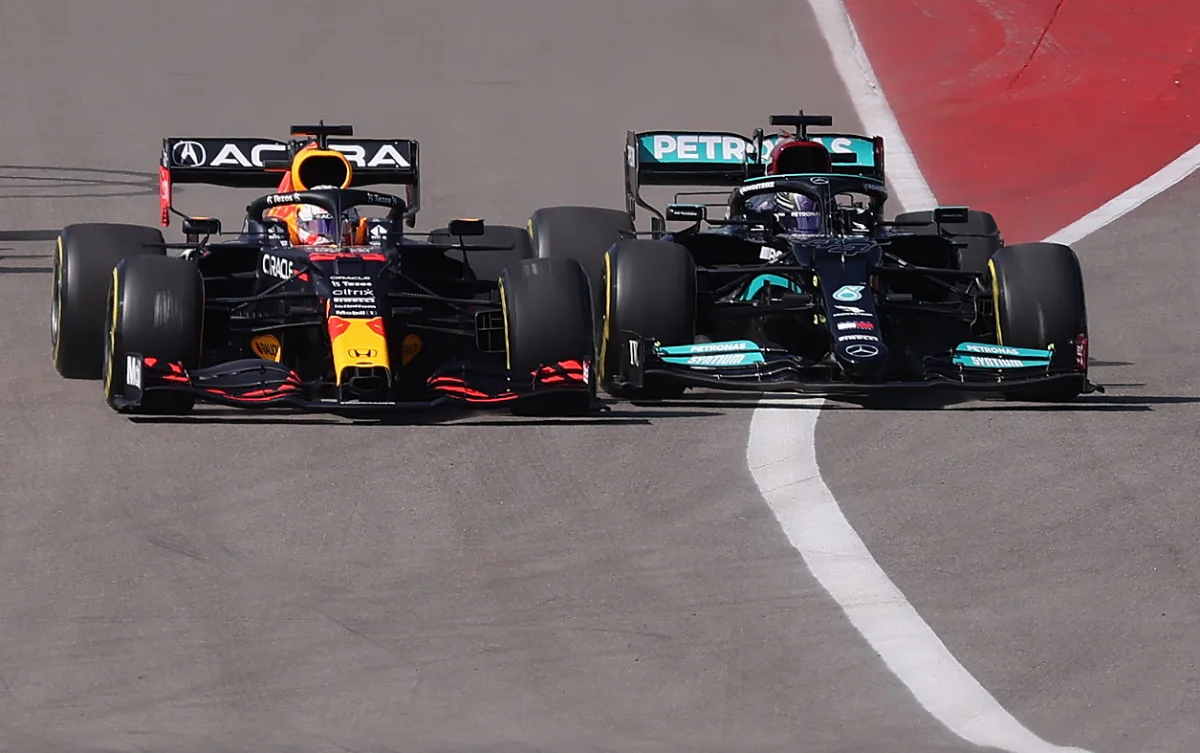 For the first time in two years, Formula 1 returned to Austin, TX for the United States Grand Prix. Held at the Circuit of the Americas, all 20 racers pushed their cars to the absolute limit. The weekend was jam packed with musical guests performing such as Billy Joel, Kool and the Gang, Twenty One Pilots, and even a surprise appearance from Shaquille O’Neal. Before we get into that though, here’s a little background information about F1!

Started in 1950, Formula 1 has quickly grown into one of the most famous forms of motorsport in the world. It is composed of multiple races, called a Grand Prix, over a 10 month season. Races are held all over the world, mostly on secluded tracks, but some are driven on public roads! They’re usually held two weeks apart, but some are held on back-to-back weekends. The most popular races are the British GP, held at Silverstone, and the Monaco GP. Formula 1 lasts whole weekends; Friday for 2 practice sessions, Saturday for another practice and qualifying (seeing where the drivers will be on the starting grid), and Sunday for the actual race. Instead of racing normal, modified cars like NASCAR, F1 cars are open wheeled vehicles. Remember Francesco Bernoulli from Cars 2? The red, Italian racer who wanted to beat Lightning? He was a Formula 1 car! Don’t worry, not all F1 drivers are like him. Formula 1 is the highest rank on the Formula ladder. Before F1, drivers start in karting around the age of 7-10, then the best ones go to Formula 4, next the best ones of F4 go to F3, and so on. They work their way up to the top! And that’s no easy task, F1 drivers are the best in the world.

Who are the drivers and their teams?

Currently there are 20 drivers with 10 teams. The youngest driver being 21, while the oldest is 41! Below is a table of the teams and their drivers for 2021:

Now how are you supposed to know which team you want to cheer for? Guaranteed all teams are great in their own way, some teams are definitely better than others. The top two teams are Mercedes and Red Bull. With both focus drivers fighting for the world championship, they have to be the best. Mercedes has dominated the sport since their 2nd debut in 2010, though all out war broke out in 2016 because of their two drivers feud. Red Bull has been in the F1 scene since 2005, though weren’t as successful until 2010-13, where they won four world championships. Safe to say, these two teams have been rivals for years. McLaren has grown in popularity over the last couple years, one of the reasons being their youtube videos. As one of the oldest teams on the grid, McLaren is not a team to mess with. Their rivals are Ferrari, one of the most well-known teams in the world. Ferrari holds the title for the F1 team with the most wins, currently at 238.

When people think of Formula 1, they think of Ferrari (or Lewis Hamilton). Alpine, formally known as Renault, is one of the newer teams. Renault has been around for a while, but they introduced the new team name at the start of the 2021 season. AlphaTauri is the little sibling to Red Bull. Most drivers start off there and later join Red Bull, or Red Bull signs their ex-drivers there. Aston Martin, formally known as Racing Point Force India, is also one of the newer teams on the grid. With multi-world champion Sebastian Vettel on the team, they have proven to be one of the better teams this season. Williams is…well, they’re something. Their drives are good while their cars really aren’t. They fight their hardest every season and do pretty well despite the issues they face. Alfa Romeo is kind of just there. Sometimes they do good, sometimes they are nearly last. They do have the most iconic driver racing with them, Kimi Raikkonon aka “The IceMan.”  Last, and always last, is the wonderful Haas F1 team. The only American team on the grid! With one of the lowest budgets in F1, it’s hard for them to compete with top teams. It’s a miracle if they don’t end up last in every race or DNF.

What a race. With Max Verstappen ahead by 6 points, 7x world champ Lewis Hamilton had to push himself harder than ever. As the lights went out and the drivers went close to Turn 1, Hamilton attempted to push Verstappen out. The Dutchman didn’t appreciate it though, and with the powerful Red Bull, stepped on the gas and retook the lead. Back and forth, they pushed each other out around Turn 1. While the Mercedes and Red Bull’s were duking it out, both Ferraris and McLarens were fighting to get in front of the other. Carlos Sainz and Daniel Ricciardo went wheel-to-wheel through Turn 2. Throughout the next few laps, the McLarens had managed to sandwich each of the Ferraris! For most of the race, it was Ferrari, McLaren, Ferrari, McLaren. Still on lap 1, Nicholas Latifi and Lance Stroll crashed into each other. The Aston Martin spinning out into the middle of the track. Esteban Ocon was also clipped by one of the Alfa Romeos and was forced to change out his wing due to the damage.

Throughout the race, it was a battle for 1st between Hamilton and Verstappen. As far as retirements go, Pierre Gasly for AlphaTauri was forced to because of a suspension issue, while both Alpines had to retire as well. Now, other than some intense moments between Hamilton and Verstappen, and yours truly yelling at Lando Norris to find his gas pedal, the US Grand Prix was pretty straight forward. You had your occasional overtakes and wheel-to-wheels, but no big crashes or upsets. The pit stops were as usual, under 2.5 seconds for changing 4 tires!

Now, drumroll please, the drivers who got on the podium. In 3rd place we had the one and only, Sergio “Checo” Perez! The Mexican Red Bull driver was one of the fan favorites in the crowds; one man near me was even dressed up as a luchadore (Red Bull version, of course) with a “Grande Checo!” flag. Second place we had…Lewis Hamilton! The Brit was not fast enough to defeat the Red Bull this time. Which only means one thing, your winner of the 2021 US Grand Prix was Max Verstappen! The Dutchman won his 18th GP, and his 56th podium ever. Shaq even handed Max his trophy! With the winner all announced, all that was left to do was celebrate. Fans, myself included, got to go on the track and watch the trophies be handed out, maybe snag a couple pieces of confetti, and some lucky fans even got to meet some drivers near the garages! And just like that, the 2021 US Grand Prix was over, with one of its most successful race weekends to date since the series returned to the US in 2012.